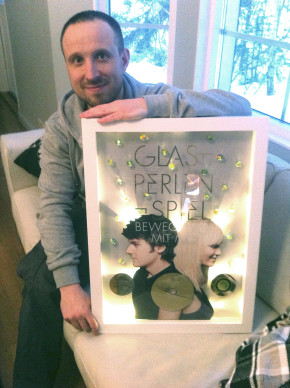 After the single-success Echt The German miracle Glasperlenspiel has achieved also gold status with the debut album Beweg dich mit mir – 100,000 albums sold! Happy days! I produced four tracks on the album, including all the singles and I also co-wrote one track. Feeling extremely grateful! Thanks to everyone involved!